When the Fogg lifts... 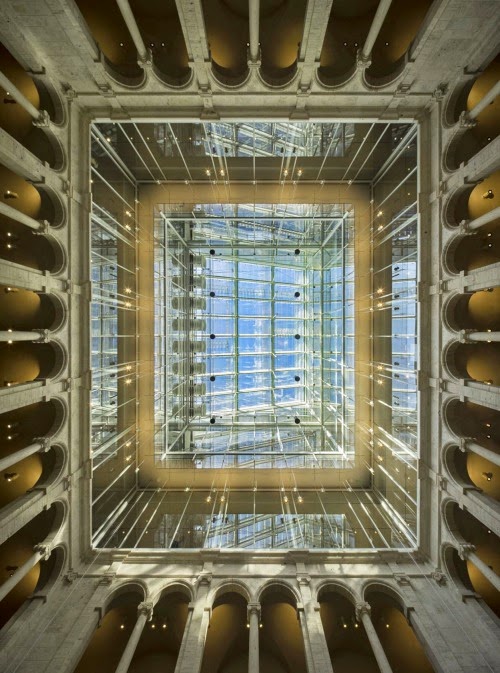 ...the sky is clear— and how! Stepping into Harvard University's Fogg Art Museum is more like entering the central skycourt of the Boston Public Library, now that the roof has given way to a soaring skylight that would make Brunelleschi not feel as innovative as he thought he was when he stretched the dome beyond the limits of the sky in Rome. No, this is the Museum of the 21st century once again, the latest glass box explosion to disrupt the architectural rigidity of countless museums of antiquity across the world. First there was Lord Foster's Great Court at the British Museum in London, spinning a hyperbolic paraboloid web of glass over the old structure. Then there was Daniel Libeskind's crash-bang angular addition to the Victoria & Albert Museum in London. Then there was Lord Foster's Mondrianesque cube protruding out of Guy Lowell's classical Museum of Fine Arts in Boston. 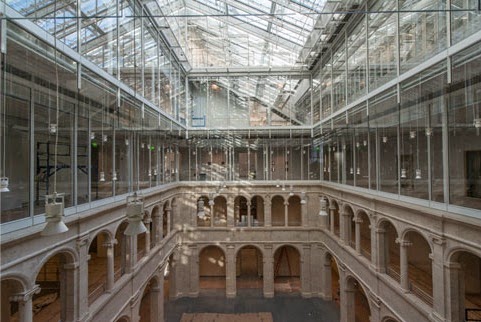 Now Renzo Piano has glassed up the Fogg (aren't you glad it isn't the other way around?) with a two-level gallery-curatory-skylight that admirably ushers the column across the centuries from the structural ornament of its Renaissance days to the structural member of today's technology, axially lining them up so you can see how far we've come architectonically... 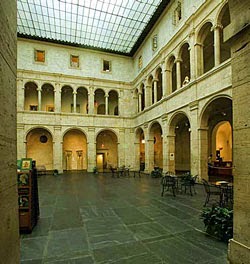 ...and ethereally. No, the skylight wasn't new to the Fogg, for the original honored the Italian tradition of the light court, albeit in a "foggier" way. But the old footprint's limits forced the museum to burst up, not out, so a skyscraper scheme was inevitable. Too bad it eliminated the upper punched windows, which created a closed contrast to the openness of the arcades as well as a capstone cornice, without which the arcades seem to have lost their head. But since the aim was to make everything open to everything else, it's understandable.