An 'A' for All-Encompassing 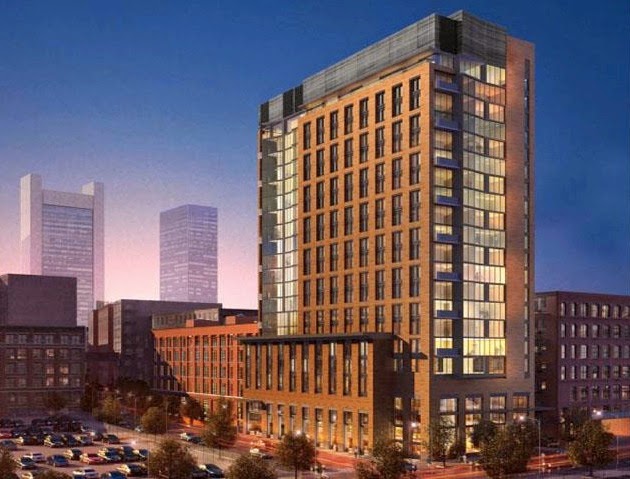 First it was "either-or" — either "traditional" or "modern" in building style. And what an odd couple of irreconcilable differences they made.

Then it was "neither-nor" — when "postmodern" tacked traditional details onto the modern cube, rekindling an old flame in a new age. And what a clash of architectural styles that made. 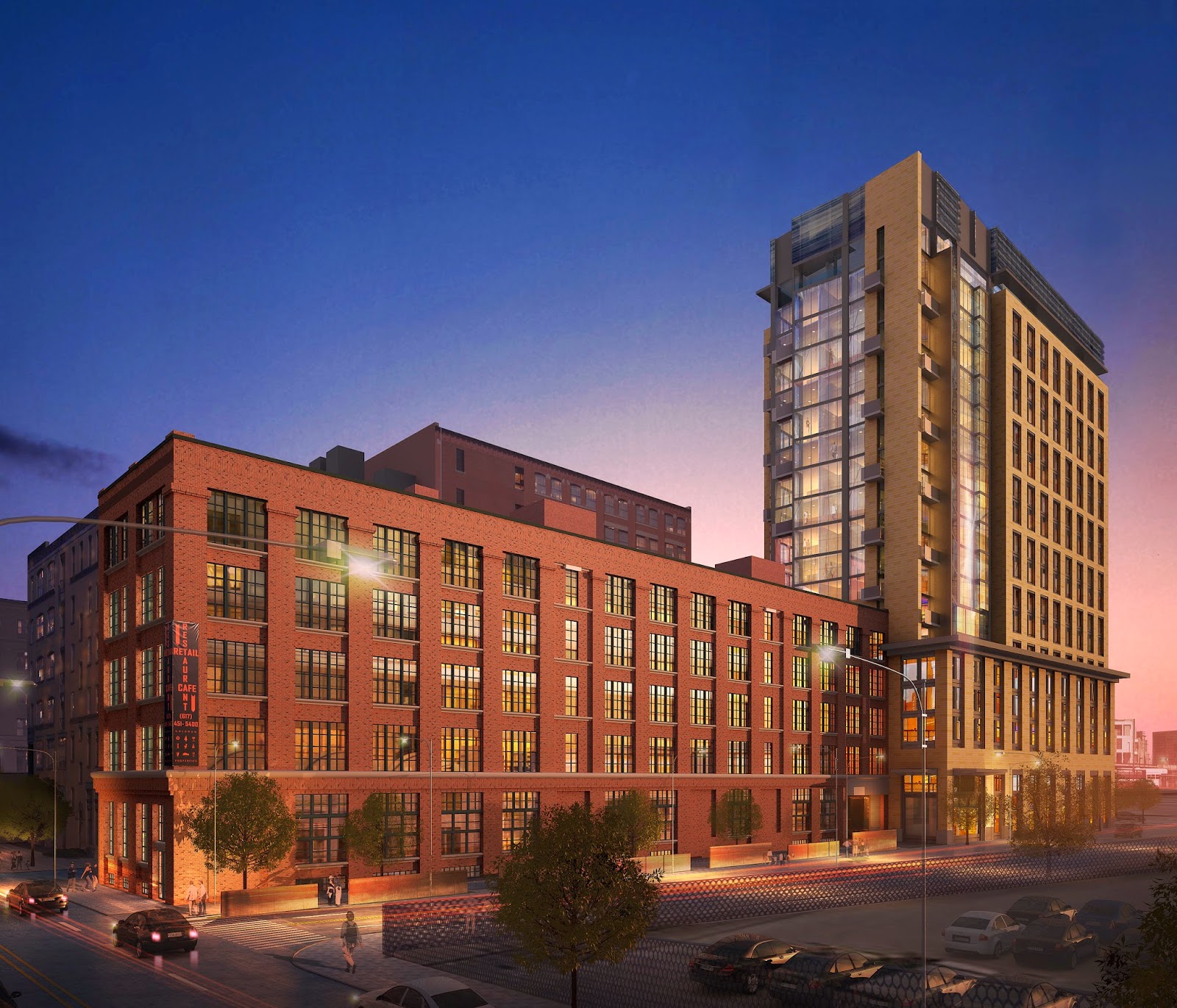 Now it's "both-and" — when new construction strains to be "contextual" with all buildings from all eras all around it, making it nondescript...

...or neighborly, as 315 on A is with the Boston Wharf Company's turn-of-the-20th-century warehouses, Atlantic Wharf's new glass high-rise, World Trade Center West's vertical brick piers, and much more in South Boston's Seaport District.

This new apartment complex picks up elements from all of the above — including the historic yellow-brick warehouse office of its architect, ADD Inc., down A Street — and merges them into a monument to Seaport's evolution from industry to innovation, wool manufacturing to waterside living, working-class scruff to high-class stuff.