A court of inquiry 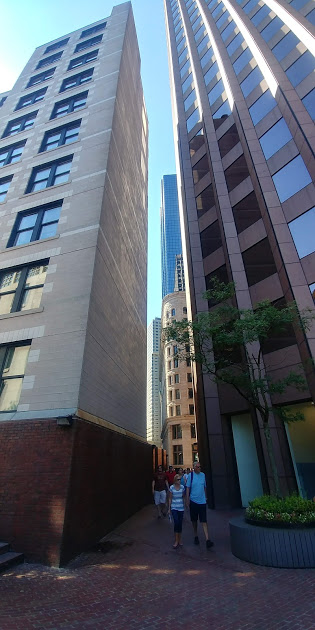 But if we weren't so rushed to make our next business meeting, gung-ho to grab those takeout French fries, impatient to indulge in that Starbucks latte, or obsessed with social distancing in the age of COVID-19, we might well stop and inquire about this pedestrian path's historic origins.

Given the remnants of colonial Boston's erratic network of winding and narrow lanes and alleys in places like the Blackstone Block near Faneuil Hall, Spring Lane in Downtown Crossing, Boylston Place in the Theater District, and the North End, our inquiry might revolve around the kind of stomping ground this lane was in premodern times, and the architectural atmosphere it may have led people to or through back in the day. 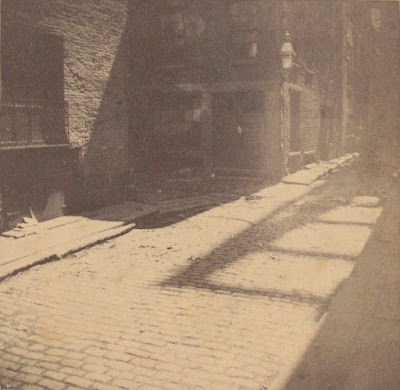 The path marks the approximate site of Corn Court, a cobblestoned lane that meandered from Dock Square to Merchants Row in an obtuse zigzag pattern. It typified the way Boston's streets fell in line according to where buildings were placed in colonial times, with no formal city planning to lay out orderly grids and develop real estate along the template the streets had established. 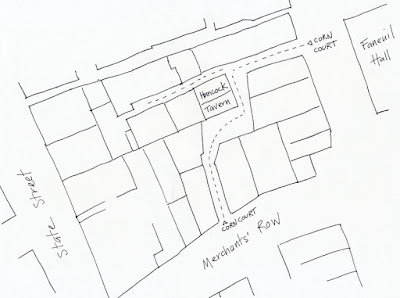 These photos depict the two approaches to the court, which was built c.1650 for carrying goods from the docks at the harbor's edge Faneuil Hall was later built on. At first unnamed, the lane was simply called "a wheelbarrow-way of five full feet" in 1670, as well as the "alley that leads from the house of James Oliver towards the dock."

(James Oliver [1617-1682] was a merchant who rose to captain of the Boston Artillery Company and then Boston's militia and later became a town selectman. In 1675, he commanded Narragansett Campaign troops in the Great Swamp Fight in King Philip's War against the Narragansett tribe in Rhode Island.) 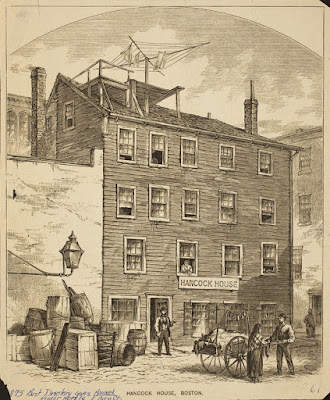 The lane was named Corn Court in 1708 for a common New England crop often exported from Boston Harbor. Expanded into Noyes Alley in 1796, it became best known as the approach to the Hancock House, later the Hancock Tavern (visible in both photos), an inn with rooms to let built between 1807 and 1812 in brick with a granite post-and-lintel entrance level and a clapboard rear wall (presumably to save money). It was carefully sited so its clapboard elevation was hidden from view and its more orderly brick/granite faces were visible from the court's main entry from Dock Square, as an invitation for merchants, politicians and others to quaff an ale, port or sherry over the latest scuttlebutt.

Not as strictly symmetrical as most other Federal-style structures, the Hancock House/Tavern had a corner bay that was spaced furthest apart from the other windows to allow more wall area, which possibly indicated larger interior spaces for dining and tea rooms above. This lopsided fenestration also emphasized the tavern's wide corner entrance and gave it a cleaner, more solid "wall" look from its Dock Square approach when the neighboring left-hand building concealed its other windows as one entered the court from Dock Square. 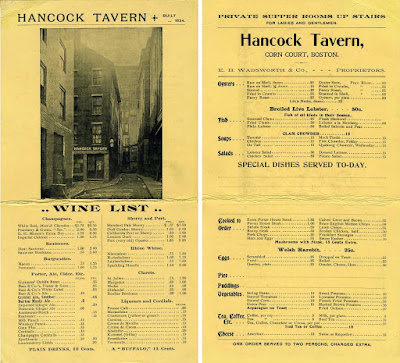 By the 1880s, the Hancock Tavern had become the stuff of legend. Its signs and menus spun the yarn that it was established in 1634 (four years after the founding of Boston) as the next phase of a tavern begun by Samuel Coles. Rumors spread that it had hosted John Hancock (hence its name!), future French king Louis-Philippe I when he was in exile during the French Revolution of 1789, French foreign minister Talleyrand, Benjamin Franklin...and, yes, George Washington wined and dined here, they claimed!

Yet another note from the Old-Myths-Die-Hard Department: the Hancock Tavern's owners boasted that this was where the Sons of Liberty met before staging the Boston Tea Party. A menu told this tall tale: “Visit the Historic Tea Room Up Stairs. In this room the ‘Boston Tea Party’ made their plans, and dressed as Mohawk Indians to destroy the tea in Boston harbor, Dec. 16, 1773.” 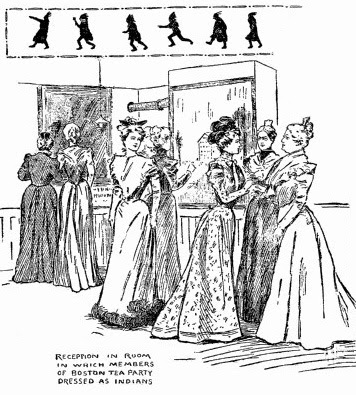 The Daughters of the American Revolution perpetuated that myth when they convened at the Hancock Tavern in December 1898—dressed as Colonial maids—to celebrate the Tea Party's 125th anniversary. Complementing the occasion was a wall inscription of the illusion, probably placed there by then owner E.B. Wadsworth & Co.: “In this room the Boston tea party made their plans and dressed as Mohawk Indians, and went to Griffin’s (now Liverpool) wharf, where the ships Beaver and Eleanor and Dartmouth lay, and threw overboard 342 chests of tea, Dec. 16, 1773."
As the above images of tall office buildings rising behind and around Corn Court and the Hancock Tavern signify, commercial real estate value was on the rise, giving birth to Boston's Financial District and sealing the tavern's fate, despite Wadsworth & Co.'s clear attempt to bump up its visibility in that dark, narrow enclave with signage on the commercial level of the encroaching high-rises.

And well they might. The tavern had gone through a succession of proprietors and had been a gambling den for years when Edward and Lucina Wadsworth acquired it in 1897, engaging in a last-ditch attempt to trumpet its alleged historical connection as well as its array of wines, liquors, cigars, lagers and bass ales. ("Burton Musty" was a brand of ale brewed by J.K. Souther & Sons, a short-lived Boston brewery operating from 1884-1889.)
Upon the tavern's demolition in 1903, all of its myths died with it when City Registrar Edward W. McGlenen confirmed its construction date range and reported that the two-story house it had replaced had received its tavern license in 1790, thus retiring the Hancock's Revolution connection to Boston's folklore annals. McGlenen confirmed that Samuel Coles' 1634 inn had no connection either, thus scuttling the Hancock's boast as Boston's oldest tavern. 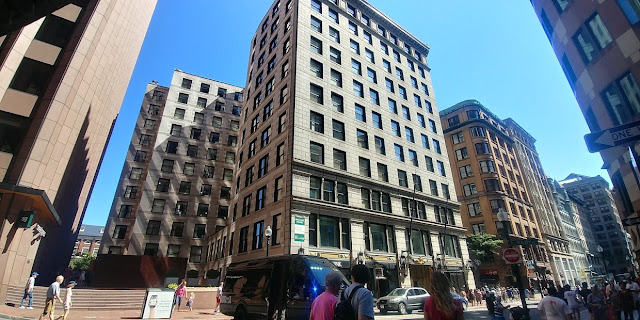 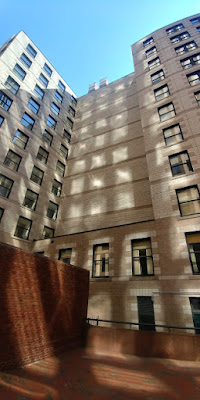 History couldn't save the Hancock, because it had no history to speak of, save for its unusually functionalist take on Federal architecture and its placement in one of Boston's oldest street patterns.

But the office building that replaced it carried on Corn's court tradition in some form, forming a central light court to give more sun to more of its offices—an innovation that was to figure prominently in modernist buildings such as Boston City Hall more than half a century later. And the building's granite construction continued a proud Boston building tradition the Hancock Tavern was a part of.

So next time you cut through this little alley on your way to work or to satisfy your comfort-food craving or caffeine fix, be sure to pause and reflect on the history—corny or kosher—that took place on this site. (The new social distancing protocol should make that easier.)