The dream of going up in a flying saucer and gazing down at Earth below was no doubt your flight of fancy at some point in your younger years. Well, you can make your dream come partially true by taking a trip up the Space Needle to its saucer-like tophouse, where you’ll feel like you’re floating above the Seattle skyline, Lake Washington, Puget Sound, Elliott Bay, the Olympic and Cascade Mountains, Mount Rainier and Mount Baker as you enjoy Pacific Northwest cuisine in the rotating SkyCity Restaurant or walk around the observation deck. Built as the landmark tower of the 1962 Seattle World’s Fair, this Jetsons-style skyscraper stands as a symbol of the futuristic visions of progress in science, technology, transportation and space travel that dominated the thoughts of the times, hence the exhibitions of the fair. Standing 605 feet from base to pinnacle, it was the tallest structure west of the Mississippi River when completed in December 1961. It attracted 20,000 people per day for a total of 2.3 million visitors during the World’s Fair, a.k.a. the Century 21 Exposition, which ran from April 21 to October 21, 1962. 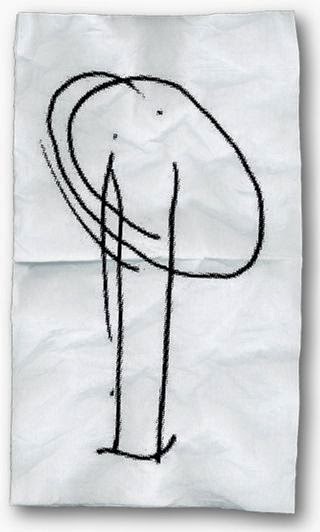 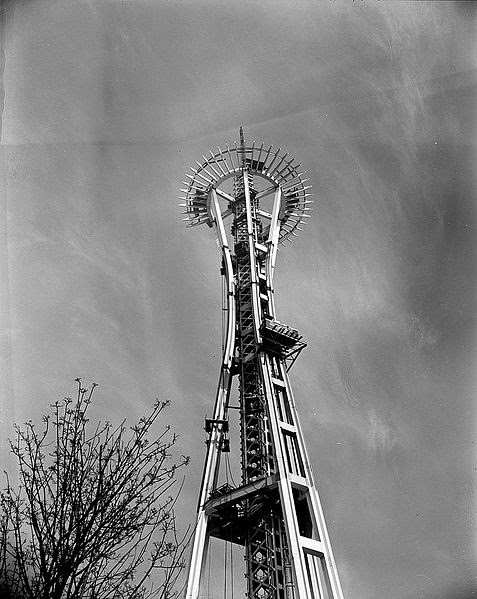 The Space Needle had humble beginnings in 1959 on a coffeehouse placemat, where Edward E. Carlson, president of Western Interna- tional Hotels, sketched his vision of the World’s Fair’s signature structure, inspired by Germany’s Stuttgart Tower and Paris’s Eiffel Tower. Carlson initially conceived the building as a tethered balloon and then a balloon-topped, cable-anchored column. Architects John Graham and Victor Steinbrueck morphed it into a saucer perched on an hourglass-shaped spindle-shaft.

To stabilize such a slender, top-heavy structure against earthquakes, this $4.5 million undertaking required a 30-foot-deep, 120-foot-wide foundation, which 467 cement trucks took a whole day to fill in the largest continuous concrete pour in western American history.

Bolted in place with seventy-two 30-foot-long bolts, the Space Needle endures winds of up to 200 mph and tremors below 9 on the Richter scale.

This ensures you safe flights in its 500-foot- high saucer-restaurant and on its three elevators, which travel 10 mph, or 14 feet per second and 800 feet per minute, the speed of a raindrop falling to earth. Which lets you observe raindrops as they fall, or watch snowflakes “fall up,” as you go down.

For the technology-hesitant, the heart-healthy and the marathon-training, a spiral flight of 848 steps ascends all the way from the basement past the gift shop to the SkyCity Restaurant. But if you get bushed on the way up, a new two-story glass-enclosed Pavilion Level and Banquet Facility provides a handy resting place.

When it's time to return to earth, there’s plenty to do down below. The fairgrounds are now Seattle Center, where you can enjoy a play at the Center House, the Seattle Opera at McCaw Hall, an IMAX movie or laser-light show at the Pacific Science Center, a Seattle Storm basketball game at KeyArena, high-school football or
soccer at Memorial Stadium, a ride into town on the fair’s original Monorail, a roller-coaster ride at Fun Forest amusement park, a breathtaking water spectacle from the International Fountain, the annual Bumbershoot and Winterfest cultural festivals, ad infinitum. So climb aboard the Seattle Space Needle for the trip of a lifetime through space — outer, inner, and in-between.