Ring out the old, ring in the new

This line from Alfred, Lord Tennyson's poem "Ring Out, Wild Bells" (and George Harrison's 1974 song "Ding Dong, Ding Dong") perfectly sums up my experience of a contrast of old classical and new contemporary interiors to ring out 2017 in the former and ring in 2018 in the latter — both on positive notes.

The organ concert I attended in Boston's Christian Science Mother Church on First Night 2017 made the vaults, domes and arches of the Byzantine Renaissance basilica interior bound, soar and orbit in space with the bravura of the "music of the spheres" that awed Pythagoras. 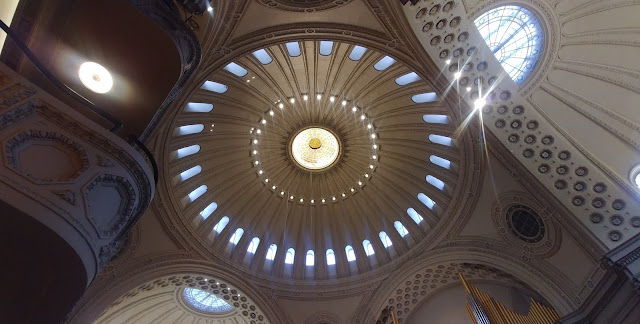 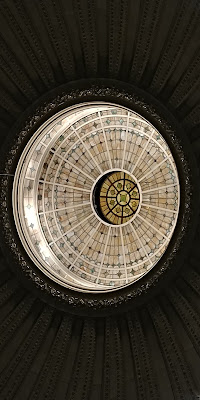 Indeed, the Church's central dome (above) and skylight (left) bear a striking resemblance to "Harmony of the World" (right), English astrologer Ebenezer Sibly's vision of a perfectly heliocentric universe, in their geometric radiance of equidistant lines from a centerpoint to show, in Sibly's case, the planets' distances from the sun in their concentric orbit.

These circular symbols of the perfection of the God-created heavens are in league with the Pythagorean concept of the Harmony of the Spheres, as expressed by Pliny the Elder in Natural History (77 A.D.): "Pythagoras draws on the theory of music, and designates the distance between the Earth and the Moon as a whole tone, that between the Moon and Mercury as a semitone, ... the seven tones thus producing the so-called diapason, i.e., a universal harmony." 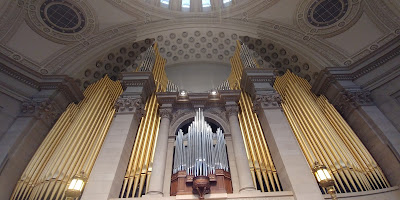 The diapasons and pipes of the Church's great Aeolian-Skinner organ radiated that harmony throughout the grand space in a potpourri of tonal formulae. These included the subdued serenity of César Franck's Fantaisie en la Majeur, the theatrical thrills of Georgi Muschel's Toccata, the majestic march of Camille Saint-Saëns' Finale from "Organ" Symphony No. 3, and the animated adventure of Leroy Anderson's Sleigh Ride and Leonard Bernstein's Candide Overture, with even a ring-tone thrown in to foreshadow the ringing out of the old year with a fantasy on Robert Burns' Auld Lang Syne to close the concert. 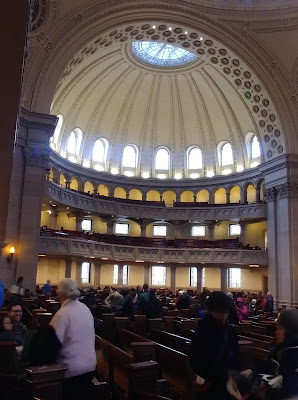 The musical precision of mathematics is also evident in the columnar hierarchy of the half-domed transept galleries, which create a harmony of styles representing diverse periods of architectural history yet unified in numerical commonality.

The bottom row is a static Greek post-and-lintel structure of 8 columns, which upholds the middle succession of Bostonian segmental arches leaping dramatically across 8 columns, which in turn supports the uppermost rhythm of Roman arches unifying 16 columns.

The strength of the arches and the doubling of their columns support the drum of the dome, whose ribs spring in unison from the arcade to the skylight in a grand gesture of heavenly aspiration akin to the organ's soaring sonorities. 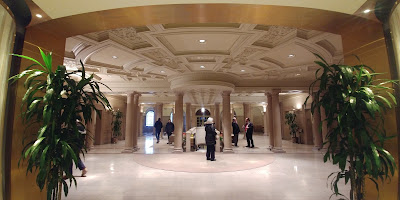 Music in the air also characterizes the ground-level hall to the Sunday School room at one end and the portico entrance at the other. Columns, coffers and carvings make the space ring with the richness of a grand entry into a great concert hall like Symphony Hall. 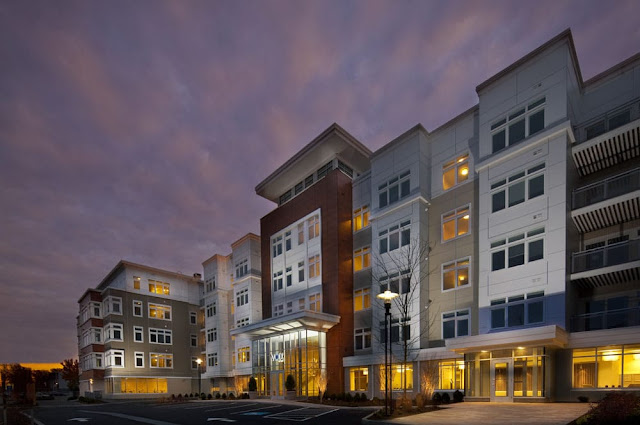 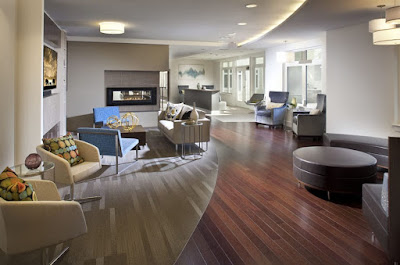 Vox on Two, a residence on Concord Turnpike in Cambridge, had me marching to a different drum: human-scaled harmony. Built in 2014 from a design by CUBE 3 Studio of Lawrence, its cubic, clean-lined form sings the spirit of its architect's name and trumpets the individu- ality of the units and the intimacy of their spaces. 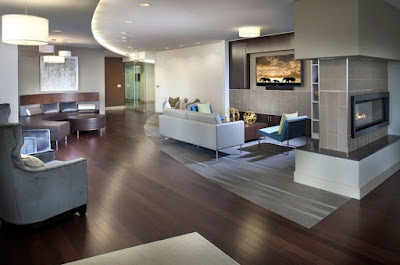 Not ornament but furniture and a fireplace warm your welcome. But, like the Church, the lobby's curves evoke movement and soften the scene so you feel more at home. Yet the curves also ease and encourage circulation, as a visual reminder not to linger in the lounge but to proceed to your unit (or your friend's, in my case), in the spirit of that old adage of hospitality and haste, "Welcome ye coming, speed ye parting guest." 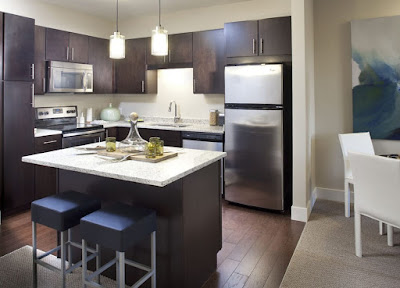 Not so in the unit itself, where we hung out past midnight to speed ye parting '17 and welcome ye coming '18. The "chef-inspired" kitchen with "luxury espresso" cabinetry and pendant-lit granite island typified the kitchen as the house's new social center. Strewn with ciders, wines, cheeses, crackers, chips and chocolate-covered almonds, it was just that. 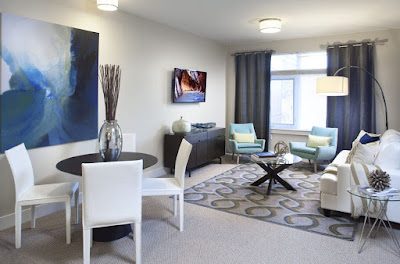 The carpeted, art-ready living room shielded us from one of the coldest New Years on record (so cold it canceled some First Night festivities) with "oversized, energy-efficient quadruple-paned windows" and "individually controlled central heating." Which made it the perfect space for our end-of-year games of Meme, where we vied for who could give a dorky photo the smuttiest caption, and Scattergories, where we racked our late-nighter-zonked brains to see how many things beginning with a die-rolled letter we could come up with before time was up. And we didn't forget to toast the New Year over snifters of cider (we'd drunk all the wine by then) — in the kitchen, of course. 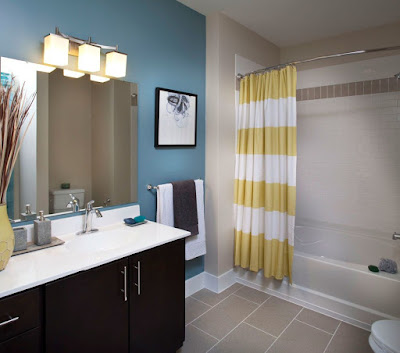 The "huge, spa-inspired" bathroom — with more of that "espresso cabinetry" — wasn't bad, either, by virtue of being as big as a bedroom.

In fact, it was bigger than the kitchen. And here was where the Vox on Two unit shared one common architectural attribute with the Mother Church, despite their disparate uses and 108-year-old generation gap: more space than their users will ever need.

Tennyson and Harrison also said, "Ring out the false, ring in the true." Well, both of these buildings are true to their respective forms, presenting us with no falsehoods about their architectural aims to accommodate large congregations and small gatherings, respectively. And this immaculate contrast between the ornate ecclesiastical grandeur of the Christian Science Mother Church and the clean-lined domestic intimacy of Vox on Two was the right way for me to kick off 2018 — by experiencing the best of both spheres.