The Great 'Pieramid' of Tampa

What’s that at the end of the pier?

No, it’s The Pier itself.

The St. Petersburg Pier, that is — Tampa Bay’s signature icon, a monumental gateway to (and getaway from) its namesake city. Anchoring the end of a mile-long wharf approach from downtown St. Pete, this colossal inverted pyramid combines shopping, dining, fishing, boating, an aquarium, festivals, live entertainment and much more on five floors of Florida family fun.

Sittin' on the dock of the Bay

The fun begins right on the dock, where you can take in the Tampa Bay view, go on a boatride or dolphin watch, pedal a surrey bicycle along the waterfront, take a horse-drawn carriage ride into the city, feed the pelicans, or fish for amberjack, flounder, sea bass, shark or snook with poles and bait from The Pier Bait House (right), a roof-tiled remnant of The Pier’s 1926 predecessor.

Canopy to culture and cuisine

At Captain Al's Waterfront Bar & Grill, you’ll be sittin’ on the dock of the bay enjoying all-American cuisine in your choice of indoor seating, the outdoor patio or the tikki bar area, hearing live bands on the Waterside Courtyard every weekend.

The Dockside Activity Room holds an Oldies But Goodies Dance the second and fourth Wednesdays of every month, and hosts such local acts as the SunCoast Band.

Upstairs is the Pier Aquarium, where a $5 admission ($4 for students and seniors, free for children under 7) lets you gaze at a colorful collection of native and tropical fish in a 2,000-square-foot tank.

Restaurants for all tastes comprise the pyramid’s upturned “base,” which cantilevers outward for the ultimate on-the-bay dining experience at: 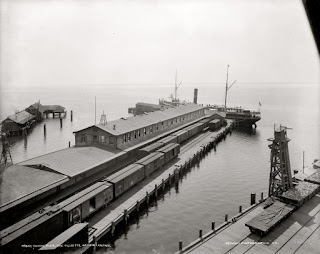 The Pier originated in 1889, when the Orange Belt Railway built the Railroad Pier on Tampa Bay, three years before St. Petersburg’s incorporation as a city. An immediate success, the Railroad Pier was replaced in 1906 with the Electric Pier, which extended 3,000 feet into the bay and dazzled tourists and locals with its theatrical night lighting. This gave way to the Municipal Pier in 1914. When the Hurricane of 1921 damaged it, the city appropriated a $1 million bond for a... 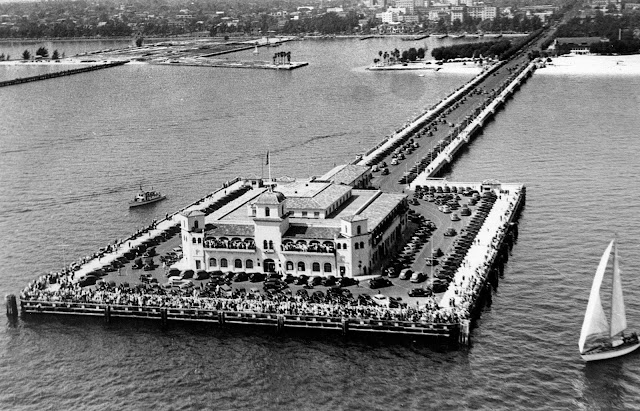 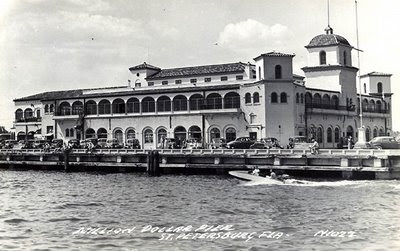 Inaugurated on Thanksgiving Day in 1926, this Mediterranean-style palace boasted an open-air ballroom with rooftop terrazzo floors, an observation deck, and a grand central atrium for all sorts of community events, including card games, fishing tournaments and singalongs. Its grand portico became WSUN-TV’s studios, from which “Captain Mac” broadcast his children’s show in the 1950s. Fallen into disrepair, the Million Dollar Pier was razed in 1967.

The St. Petersburg Pier, opened to the public in January 1973, was designed by William B. Harvard Sr., founder of Harvard Jolly Architecture, with a tubular steel framework to create large windows for copious sunlight and bay views, and an inverted pyramid form to maximize the top floor area and observation deck.

This offbeat design enables The Pier to continue its predecessors’ traditions of providing plentiful space for private and public functions, offering Tampa Bay’s most breathtaking observation point, letting patrons dance the night away, and electrifying the bay’s night sky and clear waters with colorful lighting and fireworks.