A great leap forward in ARCH-itecture


Streamlined in a space-age sheen of stainless steel, the Gateway Arch in St. Louis springs 630 feet high and wide across the Jefferson National Expansion Memorial Park in a seamlessly soaring hyperbolic arc, calling to mind the path of Superman leaping tall buildings in a single bound or a model rocket launching, leaping and landing in one fell swoop. 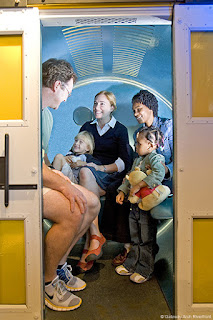 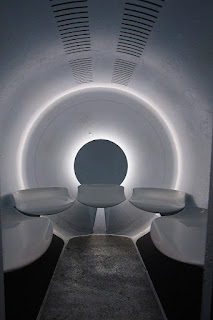 And you'll be going on your own space odyssey as you take a ride in a spaceship-like tram car, comfortably equipped with buttock-contoured bucket seats, upward through the innards of the concrete-reinforced steel arch...
...and dock at its summit observation deck, where you'll feel like the Man of Steel as you gaze down at the breathtaking, far-reaching vistas of...
St. Louis City and County to the west...
and the Mississippi River and southern Illinois to the east—a 30-mile view on a clear day.
"Since you can't see the base of the arch, you think you are floating," an observer wrote of his childhood visit to the Gateway Arch in 1968, the year of its dedication, on the now-defunct AAA website aaatravelviews.com.
Comprising a pair of identical equilateral triangular legs tapering from 54 to 17 feet per side as they rise and meet at the top, this mathematical masterpiece was designed in 1947 by Finnish-American architect Eero Saarinen and structural engineer Haanskarl Bandel as a memorial to the Westward Expansion of the United States, as initiated by President Thomas Jefferson's 1803 Louisiana Purchase from France, St. Louis's resulting establishment as America's first civil government seat west of the Mississippi, and Lewis & Clark's 1804 expedition to the mouth of the Columbia River on the Pacific Ocean.
Situated in a 91-acre park on the city's original riverfront settlement site on a central axis with the domed Old Courthouse—where Missouri slave Dred Scott's case to live as a free man in free states across the river was rejected in 1857—the arch is a direct "Gateway to the West," symbolizing our great leaps forward in national growth, social progress, technological development, and architectural evolution, classical to modern. 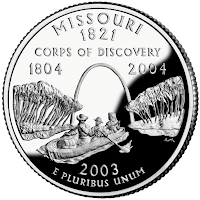